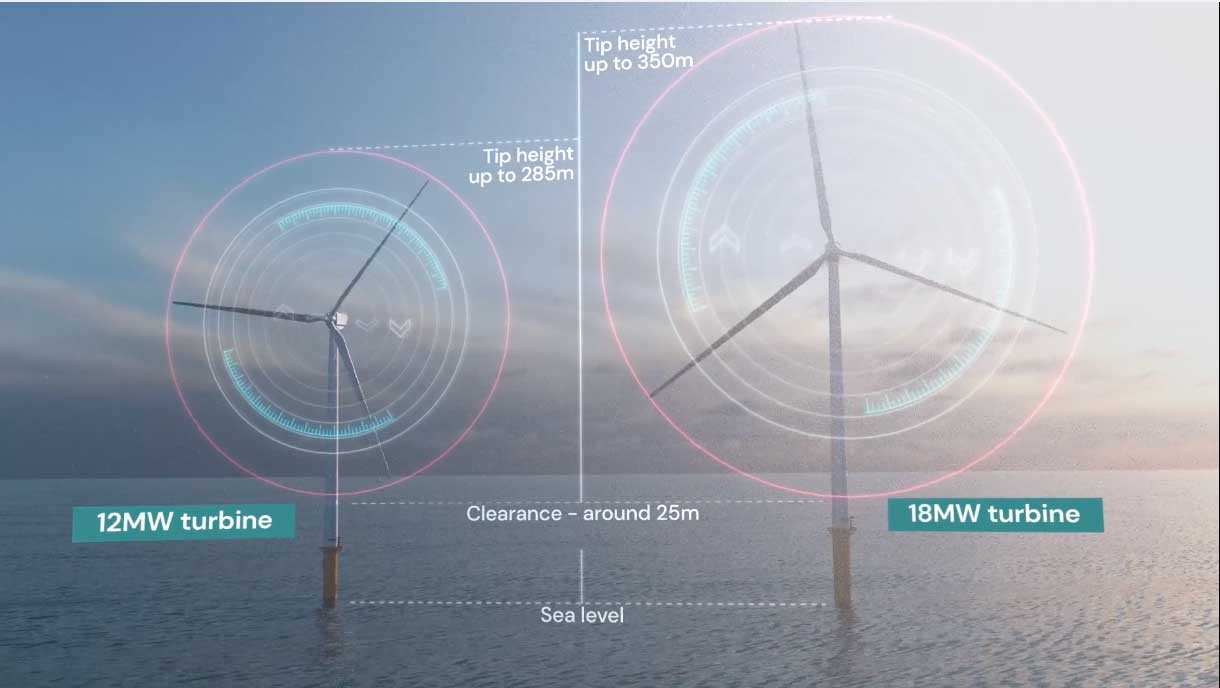 Spatial Media has won the opportunity to create a visual engagement portal to support the development of Australia’s first offshore windfarm, Star of the South, to be located off the south coast of Gippsland, Victoria.

Star of the South could generate up to 2.2 GW of new capacity, powering around 1.2 million homes and supplying up to 20 per cent of Victoria’s electricity needs.

Spatial Media overcame competition from 20 Australian and international organisations to secure the contract which will see the firm bring the project to life and create a range of digital assets and tools that will ensure the benefits of the project are articulated for stakeholders and communities.

Co-founder and North American Managing Director Aaron Bernard Spatial Media will be providing a complete package of digital and virtual and augmented reality assets including a website, videos, augmented reality, and interactive 3D modelling, as well as community consultation analytics.

“With Star of the South in the feasibility and development phase, Spatial Media’s visualisations will be critical in telling the story of the project and ensuring support for a landmark renewable energy project,” he said.

When completed, Star of the South will consist of up to 200 turbines in the sea, located around 7 – 25 km offshore and will be visible from the mainland.

“Our visualisations will include showcasing things like moving water, what the offshore windfarm will look like when seen from towns like Reeves Beach, McLoughlins Beach and Port Albert, as well as showing the visual impact of the onshore transmission infrastructure.

“This will be much more than just creating long boring flythrough videos; we will be bringing the project to life before any construction has begun.

“ This includes launching with an interactive web portal featuring a virtual tour, rendered images from different viewpoints along the coast, explainer videos including an interactive 3d model of a wind turbine, a video tour of the wind farm on a boat and a video walking along the beach.

“The visualisations will be valuable engagement tools allowing the Star of the South team to effectively communicate and consult with Traditional Owners, stakeholders, local communities and landholders.”

Mr Bernard said Spatial Media’s technology would also play a key role in the community consultation process for the Star of the South project.

“Consultation with the community is a key aspect of the environmental assessment and governmental approval processes, which is where Spatial Media’s proprietary community engagement software, Community Analytics (CA) comes in.

“Our Community Analytics platform will allow Star of the South to easily gain detailed statistical data and direct feedback from the community on the proposed project.

“This will provide the project team with a better, deeper understanding of their stakeholders - introducing analytics on all digital tools to enable a data driven approach to stakeholder engagement and public participation in the project.

“This will be invaluable for this project due to the range of affected stakeholders, from landholder consultation around the transmission corridor options, to commercial and recreational fishing and boating changes that could result from the project.”

Founded in Brisbane in 2014, Spatial Media has a team of over 35 and is now working on some of the largest infrastructure projects in Canada and Australia.

The project is in the feasibility phase with environmental assessments currently underway to support planning and approvals. If Star of the South is approved and proceeds to construction, works could start by the middle of this decade with full power before the end of the decade. https://www.starofthesouth.com.au/